The purpose of the Public Health Communication Club (PHCC) is to give the rapidly growing fields of public health and health communication a presence on the TCNJ campus. With co-advisors Dr. John Pollock, Communication Studies and Public Health, and Dr. Brenda Seals, Public Health, this club complements activities in the departments of Communication Studies and Public Health, as well as the interdisciplinary Health Communication Concentration and the Public Health minor. This club is primarily academic and service oriented. Students will have the chance to network with those who share their interests while collaborating on new areas of study, gathering information, and implementing their work around campus. The primary focus of the club will be a Speaker’s Series to draw attention to the numerous benefits of the health communication field. Lastly, the club will look at current event issues in public health as well as discuss opportunities available in the field and in continuing education. This includes working with related organizations to enhance the club’s efforts.

David Oshinsky PBS Interview on the Fight Against Polio 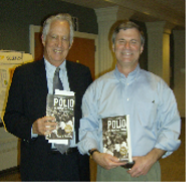 The TCNJ lecture on the history of the fight against polio by Pulitzer-Prize-winning historian Dr. David Oshinsky, illuminated several hallmark events in the struggle against the disease. The following PBS interview with Oshinsky helps everyone understand the importance of this first mass mobilization, through the “March of Dimes” of the American public to find a way to prevent what was perhaps the most dreaded disease for children in the twentieth century.

Douglas Storey, associate director for the Center of Communication Studies at Johns Hopkins’ Bloomberg School of Public Health, visited TCNJ on Thursday, November 11, to present “Thirty Years of Adventures in Communication:  Global Programs, Local Impact” as a part of the TCNJ Center for the Arts Brown Bag series, co-sponsored with 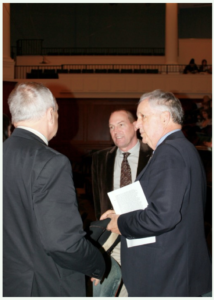 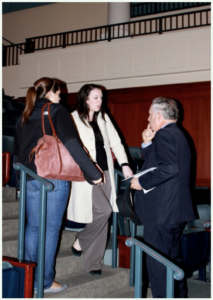 Dr. Storey spoke to students and faculty about living and working in 25 different countries around the world, mostly on behalf of Johns Hopkins, the number one-ranked public health university in the US, presenting two of his most successful projects promoting “health competent” societies.

“Students and faculty at the College got to experience a master class on entertainment education taught by Arvind Singhal, who has studied and worked with this public health communication strategy for years. The method has been conducted to produce positive social change in countries such as India and South Africa.”

“Watching legislation is like watching sausage being made; you don’t want to watch, even if you like the outcome,” said New Jersey Congressman Rush Holt on Nov. 9 during an address to the College in the new education building. 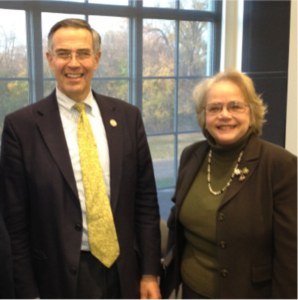 Holt focused on the future of healthcare during the event co-sponsored by the Communication Studies Department and the Public Health Communication Club. “Healthcare is one of the great changes in American public policy,” he said. 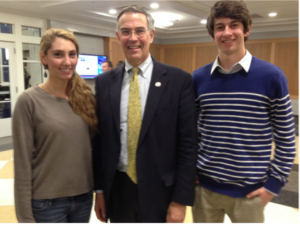 Newly reelected on Nov. 6, while holding office since 1998, Holt was enthusiastic about healthcare reform. He spoke about how important it is to listen to the needs of citizens and piece together their concerns in order to develop a cohesive policy.

Students Get a Sneak Peek at Safe Sex Video Games

Students and professors poured into Mayo Concert Hall on Oct. 7 awaiting Dr. Leslie Snyder‘s highly anticipated presentation, ―Sex and Videogames: Promoting Health in a Fun Way.
Leslie Snyder, Ph.D., a Communication Studies professor at the University of Connecticut and director of a health institute there, is in the process of developing a video game under the Centers for Disease Control Center of Excellence Grant. Her video game is a unique attempt to promote safe sex among poor, urban African- American males between the ages of 18 and 26.

Students and faculty at the College got to experience a master class on entertainment education taught by Arvind Singhal, who has studied and worked with this public health communication strategy for years. The method has been conducted to produce positive social change in countries such as India and South Africa.

Singhal is a Samuel Shirley and Edna Holt Marston Endowed professor of communication studies and director of the social justice initiative in the University of Texas – El Paso’s Department of Communication. 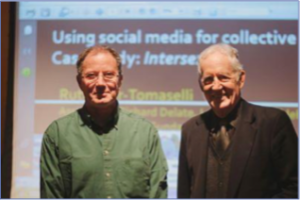 On Thursday, November 7th, the College was fortunate enough to welcome Dr. Keyan Tomaselli, South Africa’s leading expert on utilizing entertainment to combat HIV/AIDS, to give a brief talk in the library auditorium.

The talk drew students and administrators from various departments on campus. Tomaselli began his talk discussing the communication gap that exists between South Africa and those lending aid from the northern hemisphere. 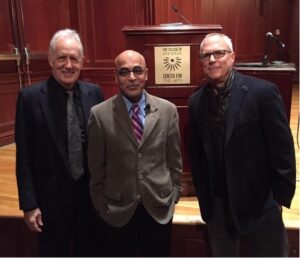 On the cold, windy morning of Friday, November 14, students bustled hurriedly across campus to snap a seat in Mayo Concert Hall for the guest lecture of Harvard School of Public Health’s Dr. K. Viswanath. The event, titled “Communication Technologies, Inequalities, and Health: Promises and Problems,” was hosted as part of the Brown Bag Series and organized by Dr. John Pollock, esteemed professor of TCNJ’s Communication Studies Department. Dr. Viswanath is a professor in the Department of Social and Behavioral Sciences at Harvard and in the McGraw-Patterson Center for Population Sciences at the Dana-Farber Cancer Institute.